The invisible structure of the “Parasite” script

The Oscar nomination for best original script for “Parasite”, written by Bong Joon-ho and Han Jin-won, a film spoken in Korean and with unknown actors, deserves a reflection on the importance of the script and its role in the performance of a good movie.

“Parasita” is a comedy, exaggerates the social and economic differences of two Korean families, one poor and the other rich, but which deeply explores the sensitization of the characters, who trace their destinies about cheating, and also about their passions and suffering. There is only comedy, because the rich characters are emotionally vulnerable and easy to be dominated by the poor family.

This plot, which symbolizes greed in the current world, is distributed in the script in a dramatic curve in three acts, which are well defined and clear from the point of view of the structure of the story. The first act deals with the contracts of the Ki-taek family to settle in Mr. Dong-ik’s mansion, and closes until the flood that brings them back to the place where they lived. The moment when the ex-housekeeper returns to the mansion marks the end of the first act and the beginning of the second. His return promotes a turning point in the script. From then on, the contractual relations are all in place. All events related to arrangements between characters in the first act were closed.

The second act also has a very fixed, well-blocked structure. It starts exactly when the ex-housekeeper rings the mansion’s bell and surprises the invading family. And it ends when the poor family returns to their dirty neighborhood and is in the shelter full of people who had their houses destroyed by the rain. The end of the storm ends the second act.

The third act has the same structure as the previous two, with well-defined turning points, and begins as a new film, with the preparations for the boy Da-song’s birthday, after the end of the storm, which marks the end of the act with a huge turning point, from the chaos of the storm to the calm. The third act is dedicated to the rich boy’s birthday, which ends in tragedy with the death of Dong-ik, and ends with Ki-taek hiding in the mansion’s basement.

Each act has its own dramatic structure, with the first directed at comedy, the second at drama, and the third at tragedy. But these observations are only from the film’s discourse, from its “visible” structure. The three acts are for the screenwriter to correctly organize the narrative of his story. As well as to organize the internal structure of each character. This internal structure, or “invisible”, also exists for each character and is formed by his passions, projected in his actions and dialogues.

This structure is invisible, because it is related to the characters’ “passions”, which are expressed in the action in the form of “feeling”. The characters of “Parasita” act because of their passions, such as fear, anger, hatred, revenge, boredom, melancholy or even resentment and greed. The structure of the characters affected by their passions also undergoes changes from one act to another. Greed turns to envy, then to anger, which will turn into spite, which, in turn, will turn into hate, and from hate the passion for revenge will be born.

This transformation takes place with more emphasis on the two main characters in the “Parasite” script, the young Ki-woo with his beloved Da-hye, and his father’s journey, Ki-taek, as a driver, with his boss Dong-ik . The arc of each character is linked to the way they act and how they feel.

The first act serves to establish “contracts” between characters for a journey, from the “action” plane and the “feeling” plane. It has been a mandatory logic since Aristotle. In the first act, the young Ki-woo is hired to teach English to the naive Da-hye, but in this contract, there is also a passionate side, in which Ki-woo also makes a marriage contract.

It is this passionate contract that will sensitize the character so that he sensitizes the viewer. The contracts are called virtualized, because the characters only have one “want”, and this exists because of what Ki-woo “feels” when falling in love with Da-hye. His actions, after this contract, are governed by his feeling that at the end of his journey, in the “sanction”, which will take place in the third act, he can become rich and marry her.

In this first act, in which all the contracts between the members of the two families are established in the plan of action, the contract of Ki-taek with the boss Dong-ik undergoes transformation. The boss does not like his smell, which stinks of “sewage”, and this begins to change the feeling of Ki-taek, who leaves a state of satisfaction, to a state of anger, which, in the third act, will trigger a feeling of fury against his boss, killing him by surprise.

In the second act, the characters distance themselves from their “contracts”, the wealthy family travels to a camp, the infiltrators take care of the mansion and are surprised to discover that there were people living in a bunker below the basement. The events of the second act are called “manipulation”, of one character manipulating the other due to “contracts”, and they serve to modify the fate of the characters, outlined in the first act.

Ki-woo’s bow closes at the end of the third act, when his beloved Da-hye disappears, and his contract does not materialize. His sanction was that his contract with Da-hye was not real, it was just a “want” by Ki-woo. And his father Ki-taek’s bow closes when he hides in the mansion’s bunker to avoid being arrested for murder.

The dramatic Ki-taek curve becomes visible when the third act begins, totally modified, serious, without humor. He no longer feels the satisfaction he had in the first act. When Dong-ik once again humiliates him because of his “sewer” smell, Ki-taek immediately kills him with a knife during the birthday barbecue.

These contractual relations are moved by the characters in a “virtualized” way, in the first act, when they only have a “want”. In the second act, they need to “update” their contracts and acquire “knowledge” to manipulate the other characters. The third act is called a “sanction”, because the characters need to carry out their contractual project, and, for that, they need “power” in fact to guarantee whether the initial contract was false or true.

This action curve is accompanied by the characters’ feeling curve, observing that feeling governs action. The characters act and speak because of what they feel, whether this feeling is visible or not.

The invisible arch of “Roma”

Just like “Parasita”, the script for “Roma”, by Alfonso Cuarón, talks about social conflicts in the action plan, and the same invisible structure exists even more hidden, accompanying the characters, the maid Cleo, main character who is making a contract with her boyfriend Fermín to have a child, and the boss Sofia, who is separating from her husband. There is a visible structure, with class struggle and demonstrations in favor of freedom, but the invisible one belongs only to the characters.

The invisible curve of the character Cleo occurs only at the level of sensation and not of her actions. But, like “Parasite”, the three acts of “Rome” also have their turning points well defined between one act and another. They are more subtle than those of “Parasita”, because the character Cleo practically does not speak and does not act, her feeling is more in her silence than in her actions. We only discovered this in the third act, when she explodes with surprise and says that she didn’t want her son to be born.

There, we go back in time, in the first act, when Cleo, on learning that she is pregnant, has the feeling of having already had her son, mirroring the happy life of her employer and her four children and the happiness contract with Fermín. But in the second act, when she is rejected by her boyfriend, Cleo feels the desire for her son to die. And it really does. The second act is dedicated to the death of this child that she had desired in the first act.

And, in the third act, when her son is born dead, she has a new sensation, when saving Sofia’s children at sea, of “regret” and “remorse”, two strong passions, for having wished for the death of her own son still in your womb. The invisible curve in the character’s three acts occurs only in the form of sensations. Either in the form of admiration, when making the contract, or in the form of perception, when the truth about his feeling is being judged in the “sanction”.

The “Parasite” script can be accessed on this page: https://en.screenwriteronline.com/fe079efbab/email/roteiros.

Hermes Leal is a writer, journalist and filmmaker, author of the en.screenwriteronline.com method for writing screenplays. 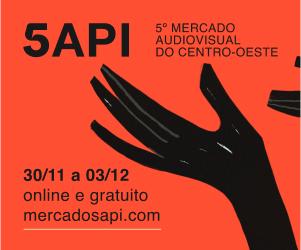